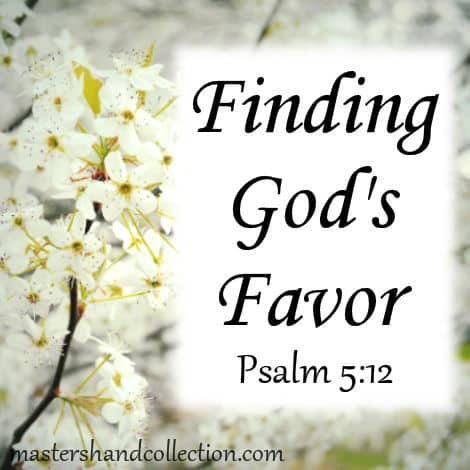 It seems that lately I’ve been praying a lot and asking God to show me His favor. At times maybe even begging Him for it. But the response I got back was silence, crickets, nothing.

Then suddenly, I did get an answer. God gently told me that I already have His favor. How could this be?

You see, I’ve always thought of God’s favor as something to strive for and work towards, an elusive object just out of my reach. Finding God’s favor seemed impossible. So how is it possible that I could already have it when I didn’t try so hard to get it?

I delved deep into the scriptures and discovered a shining diamond of truth that I would love to share with you.

We all know that God’s grace and our salvation through Jesus Christ is a free gift given to those of us who believe. And we know that no matter what we do or how bad we mess up our salvation can’t be lost. But here’s the truth that God in His infinite wisdom shared with me… If we are saved by the blood of Jesus, then we already have God’s favor. Maybe this isn’t news to you, but it was to me. Maybe you already know all about God’s favor in your life and I hope that you do. But for me, this is a lesson that God wants to teach me right now.

If we are saved by the blood of Jesus, then we already have God’s favor. #GodsFavor #BibleStudyClick To Tweet

As I began to realize just how wrong I had been about God’s favor and how to obtain it, I wanted to look at exactly what His favor is and how can we find it in our lives.

For by grace you have been saved through faith, and that not of yourselves; it is the gift of God, not of works, lest anyone should boast.

Of course, I knew that grace was a free gift from God and that I can’t work to get it. But somehow I thought of grace and favor as different and separate, but they are not. In fact, grace and favor are the same!

It is the blood that Jesus shed for us on Calvary that cloaks us in His righteousness. And our faith in Jesus makes us righteous in the eyes of the Father. When God looks at us He sees this righteousness covering us.

God’s favor is a gift He gives to all Christians just as His grace is. There is no amount of work that we can ever do to earn His favor. We can only graciously accept this free gift of God’s favor. 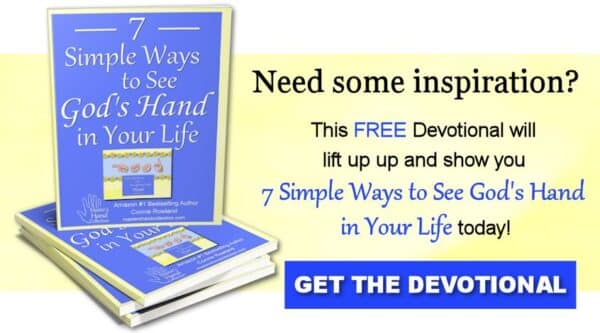 For you O Lord, will bless the righteous;

With favor You will surround him as with a shield.

This is the verse that the Lord gave to me as I prayed to understand what He meant when He said that I already have His favor. It paints a vivid picture of a warrior in battle surrounded by the protection of his shield. No arrow could find him and no man could knock him down while his shield defended him from the opposing forces.

God’s favor is like this shield in the battle of life. It surrounds us, protects us and keeps us covered by His loving embrace. Whenever we go and whatever we face God’s favor is there with us and for us.

If we want to find God’s favor in our lives, all we have to do is reach out and take it. It is not the elusive object that I once thought it was. God is there with open arms, waiting for us to grab hold of His favor. He wants to give it to us because He loves us.

This realization has changed my faith. It has renewed my heart and mind. I no longer feel like I working toward an unattainable goal. I can see clearly now that God has given me everything I need for my faith to flourish. He will bless me and surround me with His favor. And He will do the same for you! Will you reach out and find God’s favor? I truly hope so. I pray that you will be blessed by God’s grace and favor! 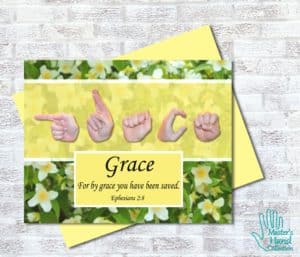 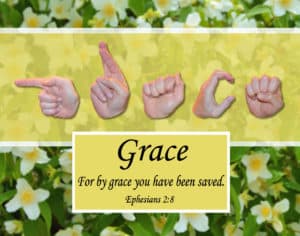 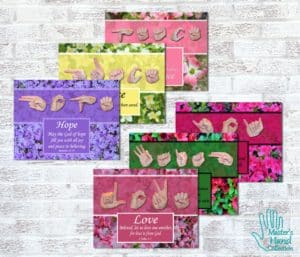 Love One Another Collection Printable Art 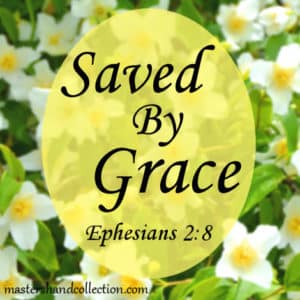 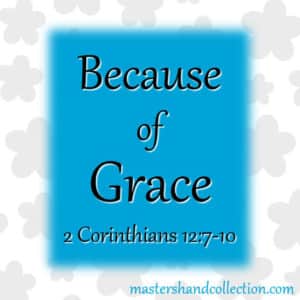 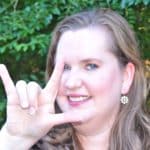 I’m Connie Rowland, the Artist and Writerbehind Master’s Hand Collection, a series of Christian artwork that depicts God’s hand in our lives. Each picture features an inspirational word spelled out in American Sign Language with a corresponding Bible verse. Check out the About and Contact page for more info on Master’s Hand Collection. 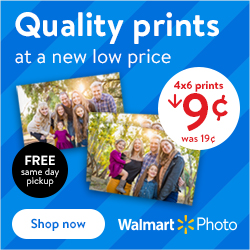 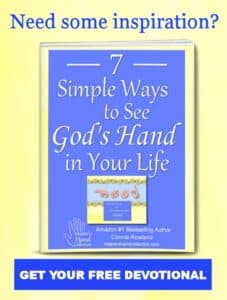 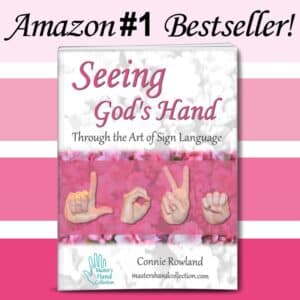 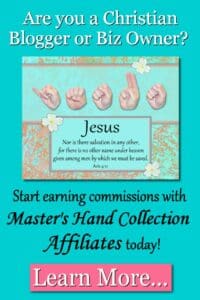